Sometimes you just don’t have enough time to spend in a destination but you want to go there and experience it quickly.  I hadn’t been to Philadelphia for decades despite having grown up in Pennsylvania so we decided to take a quick trip to the city and take in some sights and spend just a little bit of time there mostly to see if it was worth a planned trip back.  It definitely was!

We stopped at the large welcome center in the historic district where they had places to charge your phone.  We couldn’t get reservations for Independence Hall so do that in advance on the internet if you do plan on going.  What we did get was to sneek into a tour of the building next door which was much more intimate and just as interesting.  I’d been to Independence Hall years ago – and I mean decades ago really!

A quick walk around downtown to where the old JohnWanamaker Department Store was takes you through lots to see. Macy’s takes up the old store location and I just couldn’t go in because I loved Wannamaker’s too much.  We also went into the nearby Walgreens for something and it was an incredible store.  I know.  Walgreens shopping as part of the tourist experience but it was a beautiful space on the third floor.  Somehow deodorant and shampoo was elevated to an new level and it cost the same as in a suburban box style Walgreens. 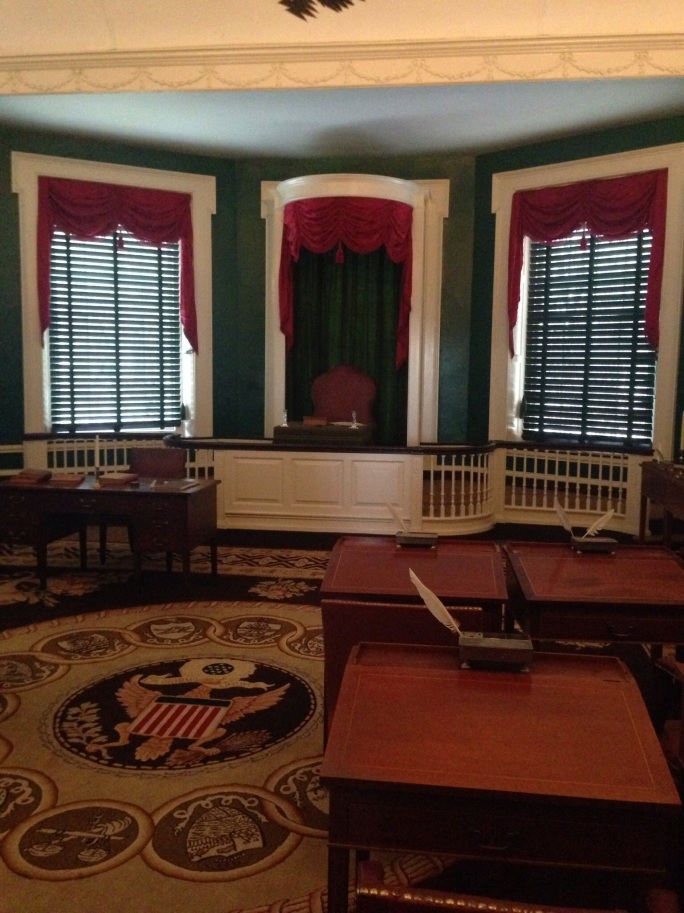 But it is something rather American that makes this story and experience fascinating to me as I write this well after this trip.  The memorable experience was the Walgreens as well as the historic experience of the founding of the country.

Parking in center city Philadelphia isn’t all that difficult and certainly no reason not to arrive by car.  We found parking rather quickly and it wasn’t so much that we could remember weeks on just how much it was.  It is in many of these non-descript streets – of which there are many in Philadelphia – that make the city intriguing as there are bits and pieces – clues almost – that gives you a glimpse into the soul of the city.  I have no idea what the wall on the left of the above photograph is but it is clearly artistic and clearly not marked just like the old building in the first photograph.

So you have no reason to not visit the city.  It is easy from any of the suburbs to run the car in – though it might be easier and quicker with public transport.  Whether it is a Walgreens, Independence Hall, one of the many museums, historic districts, hundreds of restaurants or whatever catches your eye, you are sure to enjoy a quick day in the city.  We’re glad we popped in and can’t wait to return for a far more relaxing and exploratory time.